You are here: Home » News » NAC replaces Thai Airways as the carrier of Nepal’s outbound letters and parcels 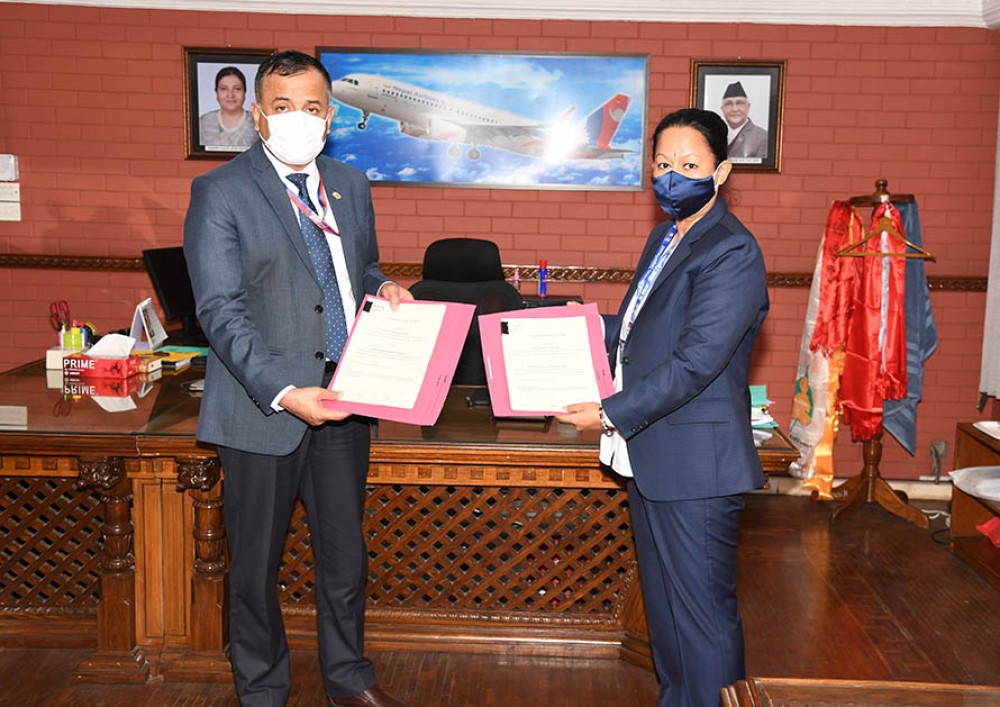 The national flag carrier, Nepal Airlines Corporation, has replaced Thai Airways as the official carrier of the letters and parcels Nepalis send to any countries in the world except India.

The Department of Postal Services says it had assigned the Thai company the task considering its wider international network, but it has been as the company stopped regular flights to Kathmandu.

To fill the vacuum, the department signed an agreement with the NAC on Tuesday. The department’s Director-General Aabha Shrestha Karna and the NAC General Manager Dim Prakash Paudel signed the agreement that will come into effect from July 1 representing their sides.

Speaking on the occasion, they claimed the deal would save millions of rupees that the department was paying to the international airline.

The department has assigned Air India to transport letters and parcels from the country to India.